Where is Mauritius on the world map?

Where is Mauritius located exactly? My beautiful country is part of Africa and not Asia. Don't confuse us with Madagascar, Maldives or Mauritania! We are our own independent republic.
People call us the jewel of the Indian Ocean. My island nation is known for white sandy beaches, a competitive economy and luxury hotels. Plus of course friendly people!

Where do Mauritians come from? Our multi cultural people originate from Africa, Asia and Europe. We speak French, English, Creole, Hindi and other Asian languages.

Location map of Mauritius on the world atlas

Have a look at the World map below. I have included my beautiful island with a red dot in the Indian Ocean to show you our location in relation to flying distances, weather and surrounding countries.

Where is Mauritius on the world map?

Which part of the world is Mauritius?

Mauritius is located in the South Western part of the Indian Ocean. The island can be found below the equator, just North of the tropic of Capricorn in the Southern hemisphere.

Where is Mauritius located in the Indian ocean?

Our closest neighbour is Reunion Island which belongs to France, only 220 km away. Travel west and you’ll come across the big island of Madagascar, 805 km away.
The East coast of the African continent is about 1800 km further west. India is 3,200 km to the north and Western Australia is 5,854 km to our East.

Location of Mauritius on Google maps 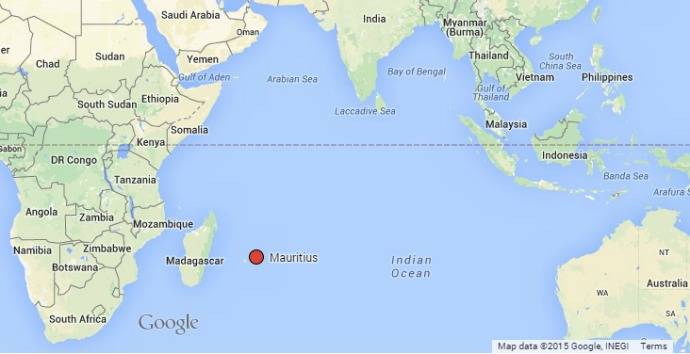 The Mascarene Islands were born from a series of undersea volcanic eruptions 8-10 million years ago. They are located in the western Indian ocean about 1878 km South of the Seychelles.

This group of volcanic islands includes:

Rodrigues island is only 18 km in length and 8 km wide!
Zoom in on the google map. Look out for the words "Port Mathurin" on the North East side of Mauritius. That’s the capital city of Rodrigues about 617 km away.

We have a world class international airport located in the South East of the island. Our airport is called SSR or Sir Seewoosagur Ramgoolam. Named after the first prime minister following independence.
Lots of airline companies fly to Mauritius. Do some research to compare ticket prices for the best air fares.

How many hours is Mauritius from ...

Travel time is ...
Mauritius is about a 12 hour flight from Europe, 6 hours from Dubai and Mumbai, 8 hours from Perth, 10 hours from Hong Kong and about 3 hours from South Africa.

If you are in the Northern hemisphere bear in mind our seasons are opposite to yours in the South. Summer time is during Christmas and New Year and … beyond. Winter (yes we do have a winter) is during July and August.
For you a tropical island may be exotic but for us snow is exotic!  Lots of Mauritians can only dream of a white Christmas…

You may not need a visa to enter Mauritius. But ... there are other documents you must show the passport control officer. Otherwise you’ll not be allowed into the country. You’ll find this information in my Mauritius travel page.

You’ll want to know what type of currency you should take along with you. Which currency is best and where to find the best exchange rates? All the information you need is on the page.

Feel like exploring more of the island with a map? From a virtual tour with a satellite view showing the best beaches for swimming, holiday maps to road maps. All at your fingertips. Choose a category in the Mauritius map collection.

‘Where is Mauritius?’ has no more secrets for you. 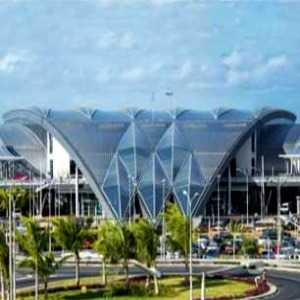 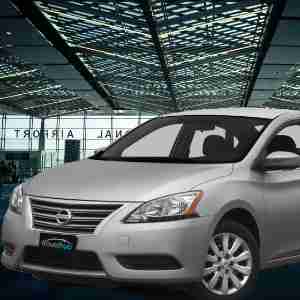 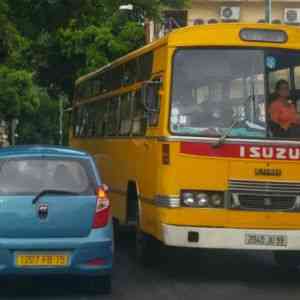 Home < Mauritius Maps < where is Mauritius